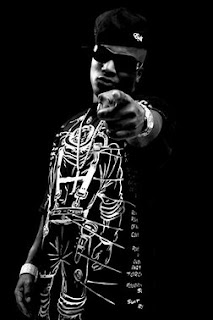 Young Jeezy dropped a mixtape called 1000 grams last week. It's kinda okay. I think I like Gucci better, but that dude can't make a cd any more than that chick in "Julie and Julia" can bone a duck (although dj's seem to be pretty good at making mixtapes for him like free gucci from mad decent.) The weakest part about it is he doesn't have any original beats, and there's someone yelling periodically on most of it, oh it's also all at 192 kb/s (I don't compress anything!)

He pretty much talks about drug dealing and brags about how much his clothes, drugs, cars, and guns cost between his boasting swagger over appropriated beats on every track. At first I was kind of cool with the "dj" who "hosts" the tape, because there were long gaps between his "promotionally oriented yelling breaks," but I was wrong they're ubiquitous.

If there's anyone out there that wants a mixtape made that is completely free of this infantile self-promotion holler at me, I promise to keep my mouth shut and talk with my hands only. That being said there are a couple good tracks on here. Here they are: