Mike Posner-How Much Time Should We Give Him? 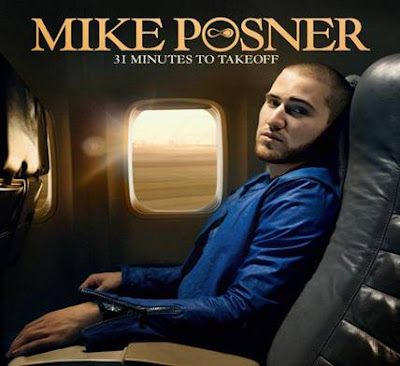 Mike Posner has already had his fifteen minutes with the hot frat-house beat Cooler than Me, but will his album, 31 Minutes to Takeoff, keep him around for say, a half an hour or so? Let’s ponder.

The “album” is comprised of some club-friendly synth tracks that are sure to please the average partygoer but in its totality the sound is pretty unseasoned, which was expected. As Rolling Stone aptly puts it he’s “still at the kegger.” It would appear he may even have a case of word vomit, especially in Cheated, in which he yells out the actual name of his ex…which is just awkward.

Much of the early press surrounding Posner and his debut labeled him the next JT but I have to point out the obvious now that we’ve heard his entire album-he doesn’t have those chops. His gravelly vocal stylings are fine though and the track beats laid behind him can make up for most of what his voice lacks.

If you’re looking for a pretty typical debut album, take a listen, it’s definitely not the worst one I’ve heard.

Please Don’t Go and Bow Chicka Wow Wow are probably the next most marketable tracks because they’re pretty radio-typical and less raw/vengeful. Sorry Mike but we don’t like to listen to you calling your ex-girlfriend a whore, we weren’t there-we don’t care.

B- (For making me pretty uncomfortable. Caroline Stevens, I’m sure you’re not that much of a whore…)