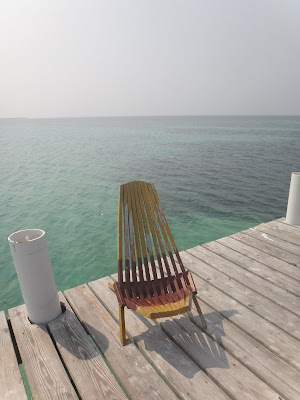 Photo Credits: B-Tribs
Click on any of the pictures to appreciate them in all their pixels!

Salutations fellow travelers! What better way to celebrate the holiday than to travel to Motown to consume beer and hotdogs and fraternize with the scores of techno fans who come out faithfully every year for the event better known as DEMF. Tech Fest, or Movement (nobody actually calls it that) has been around for over a decade, and had its beginnings as the largest free electronic music festival in the world, bringing over a million ravers a year to the banks of the Detroit river for hundreds of innovative performers and pioneers like Carl Craig and the Belleville three, Carl Cox, and Richie Hawtin.

If you missed my high tech video from my trip to DEMF two years ago, youtube has your back. Check it out on my channel:

But I digress. Before I can post my review of Skrillex, Felix Da Housecat, Carl Craig, Hawtin, and Fatboy Slim, I need to review the last two weeks of my life, in sunny Belize. 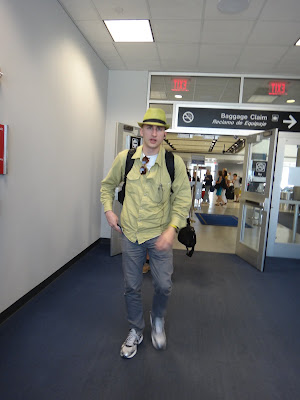 Getting on da plane in Pittsburgh I had the general picture of what types of things would be consumed. Sunscreen, bottled water, beans and rice, and lots of alcohol, of course, but also experiences you never forget like staying up all night and watching the stars from the deck of a ship in the literal middle of nowhere. My guidebook said Belize isn't in between anything and anything else, which is one reason for its lacking infrastructure, and industrialization. Also a hurricane seems to come along about once every 30 years and destroy all of the buildings. Still these very same conditions, which keep big business out are the forces which allow for the pristine wilderness, breathtaking coral reefs, and one-of-a-kind flora and fauna.

Still, Belize's most unique treasure are its people. My first night in town I met up with two of the country's leading ladies; local radio host, dj, tv writer, and promoter Linda Blease @missbleaseand television host Sharon Marin, who I spotted later on tv doing her thing! Follow @sharazastar These two really took care of me in Belize city and I even got to kick it at the radio station (KREM) the next night! 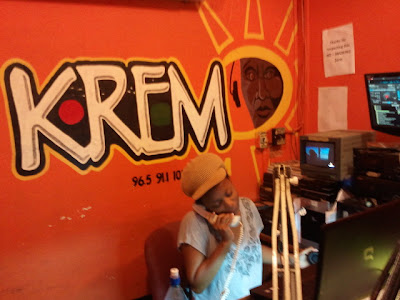 Linda is doing radio and tv in Belize and is not only a talented selector, but has excellent verbal chops. Most importantly, she has a drive to succeed, and has pursued not only her betterment, but that of the whole community. Also, she hooked me up with some Reggae jams that hopefully will turn into a mix that I'll share soon... 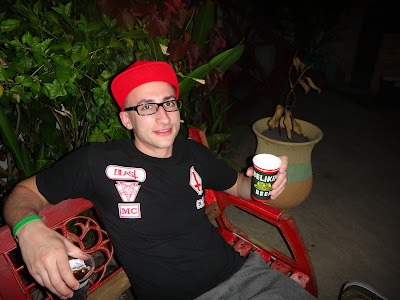 While Belize is small, musically they exhibit several encouraging behaviors I'd love to bring back to the US. For one, their club music is newer than ours; the first song I heard at the bar after I landed was Wiz Khalifa's 'Roll up.' Still, aside from periodic Reggae/Dancehall breaks the music was similar to ours, for an idea of my night imagine me dancing by myself to No Speak Americano in the hut-like bar with distinctive Caribbean flavor pictured below. 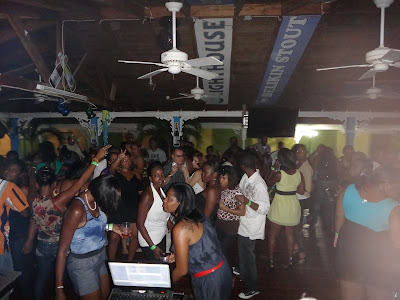 After a short flight to Placencia we boarded our sailboat, (pictured above, with Barbie and South Water Caye) and traveled to Laughing Bird Caye, an Island off the coast of Belize narrow enough to throw a stone across. (Copy and paste these coordinates into google maps and zoom in: 16.442918,-88.195002 ) We took a mooring just before dusk and dingied our supplies (the 2 foot Wahoo we had caught on the way over and a half pound of butter) over. Our friend Wilke and his cousin cooked an incredible feast over coconut husks consisting of:

all wrapped up in a giant piece of tinfoil with the edges closed.

Here are the pics: 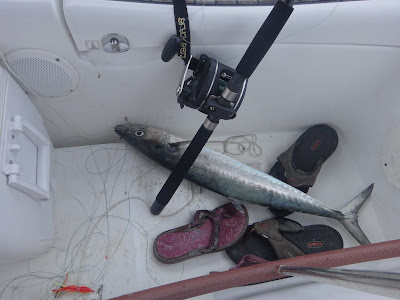 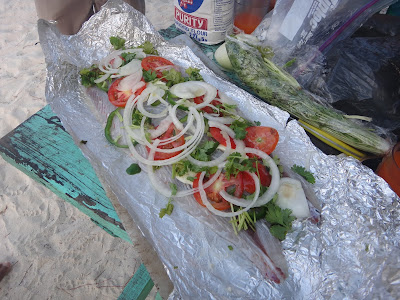 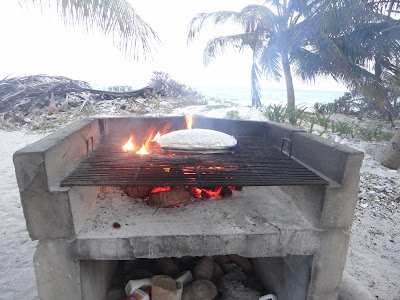 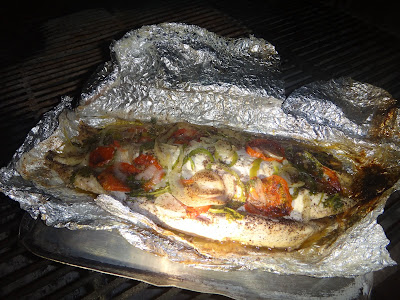 Aside from this epic meal (I wouldn't go to Belize for the food) the other absolute highlight of the trip was the snorkeling. I didn't run into any whale sharks, but we did see manatees, a nurse shark, lionfish, stone fish, big angelfish, parrotfish by the school, a hogfish that wouldn't leave our boat alone, rimoras (they like white bread), and plenty of dolphins (when we were sailing). Unfortunately lobster was out of season so we didn't get to eat any of them...While I'm on the subject of consumption: Treasures like the barrief reef of Belize are too precious to see them tarnished by irresponsibility and greed! Please spread the message of ecological awareness and help limit our negative impact on this magical planet. 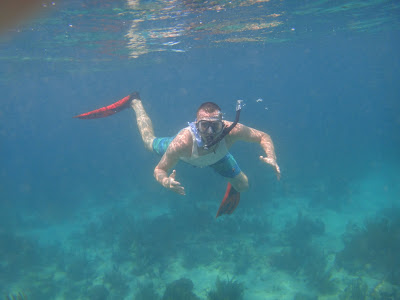 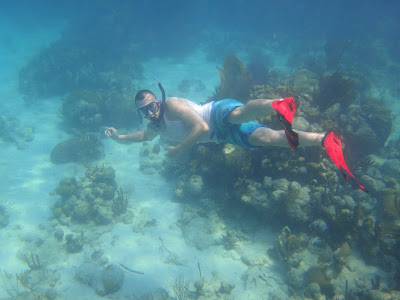 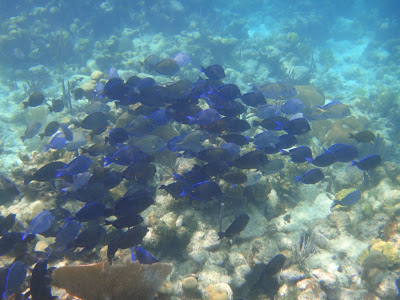 If I am anything good it is because of me Madre. 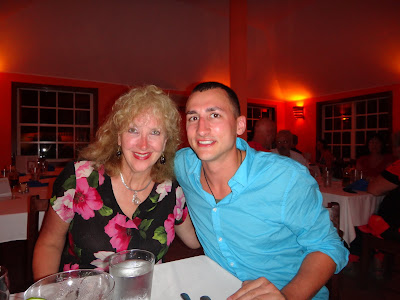 Also special thanks to Linda and Jeff for allowing me on the trip and for keeping us fed and off the reef, and for all of your knowledge.

Can't believe I actually checked if there was a HD option for this...