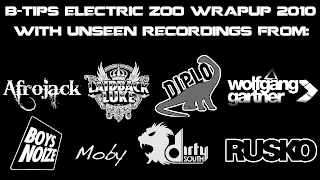 So I finally got around to editing all this old footage. I imagine for a dj it would be interesting seeing what I played a year ago this month. Electric Zoo 2011 is shaping up to be even better than last year so use this video to get pumped! Honestly the lineup for E Zoo 2011 looks like it's going to be the new DEMF that's cool with genres that aren't deep house, techno, and idm. Features unreleased footage of Diplo, Afrojack, Laidback Luke, Rusko, Chuckie, Moby, Boys Noize, Dirty South, and Wolfgang Gartner. I even designed a logo for Diplo (I couldn't find one I liked)