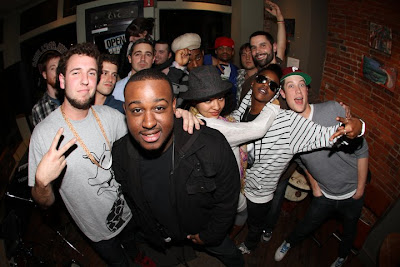 So I'm going on tour! Can't wait to start playing again, and really have some great music and surprises I've been working on. I feel like taking 3 months off from djing was the best thing I've ever done, I managed to get excited about music again and that's exactly what I wanted to do. Also can't wait to be back on the road (even though I hate being away from my monitors). We start off in NYC next Thursday January 12th, and have stops in Philadelphia the 13th, and then Pittsburgh the 15th. Not bad for a little winter break road trip!

Let me know if you're going to be in town for these dates (full event info at the bottom) and I'll be sure to get you on the list!

After an eventful 2011, MH the Verb is ready to start the new year with a bang. Fresh off the recent release of his debut studio LP (Cult Classic), the vibrant MC/ Producer is taking his All-Star live band on the road to celebrate the upcoming digital release of his live album, “The Verbal Experience”. With a newly enhanced digital website and tons of new videos hitting the web weekly, MH continues to create excitement for his music. Known for his captivating live performances, MH the Verb is building a reputation as one of the region’s top crossover artist.

The tour, sponsored by Emerge Movement and Social Media Monsters, features MH the Verb and his band performing live renditions of his music, as well as hosting an open jam session for guest vocalist and musicians. Also, DJ B-Tips joins as tour opener. In addition to headlining the event, MH the Verb will give away FREE CDs and other promotional materials to fans in attendance.

In association with Glass Cannon 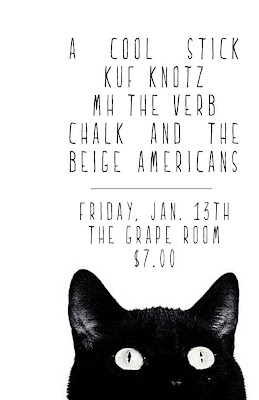