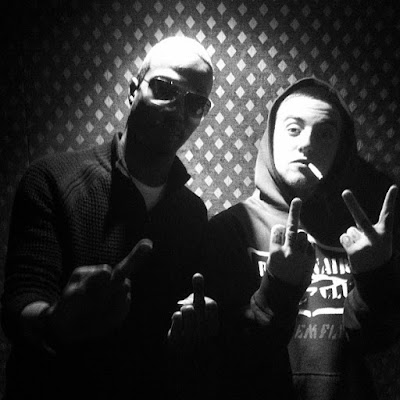 36 Mafia frontman and longtime southern rap favorite Juicy-J was recently signed to Rostrum records and ever since things in Pittsburgh have been moving just a little bit slower.

I contacted a Wallgreen's representative in Homewood named Jeneace Slenkens and she had this to say:

"There is a codeine shortage here in the 'Wood and I have heard Sprite supplies are also dwindling. We are going to need to do something to combat this shortage or we will have to start mixing the purple stuff with Coke and who knows how that would taste or what color it would be."

The artist of the year over at MTV and Pittsburgh resident and Jew Mac Miller has been participating in the phenomenon, some say prompted by Juicy. Here I present some lyrics from "Thoughts From a Balcony" off his recent mixtape "Macadelic." Video is below.


"They just dreams, turn 'em to reality
Double-cup of lean, standin' on my balcony
Looking at the street, thinkin' it could all be mine
All we got is memories, so what the fuck is time?"

Well I don't know what the effects of Promethazine and Codeine are on the developing brain but I have to interject with the Codeine and Sprite shortage in Pittsburgh we need to also consider the waste associated with additional styrofoam cup usage and landfill accommodations. THANKS A LOT JUICY

Here's the video for Lucky Ass Bitch, my favorite track off the new mixtape. It reminds me of the Biggie song similarly named: