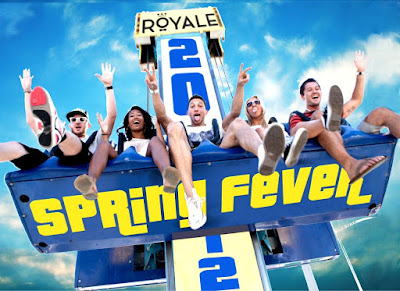 I met Royale through Nugget and Bonics. He resides in PA like I used to, only he has residencies at major nightclubs in Atlantic City and plays the biggest venues in Philly as well.

Also he has a very successful mix series called "monthly meds" and has been steadily climbing to the elite in the mixtape world of DJ's. I was lucky enough to get to play a daytime show with him last time I was in Philly at Market and was totally blown away when he not only knew about my work as Tranquilizerz - he played one of my tracks!

Well it looks like I got another spin on this phenomenal mix he has just released. From start to finish - artwork to tracklist - mellow, not overpowering cuts - production, and overall feel this thing just has me where I want to be. One of my favorite aspects of his mixing is how harmonious - in key his blends are.

This is one of those mixes I'm going to have to have in rotation for a LONG time - learning about some of the deep cuts he pulled out, and getting the little nuanced connections he makes between ideas. Keep your ears peeled for the very first release from Tranquilizerz "Sunshine Day" around the 25 minute mark!


If you want to learn more about the young club-rocker check out his website - with tons of downloadable mixes - tour dates - and more. Excited to see what happens next with this guy - with releases like this coming out, the sky is literally the limit.