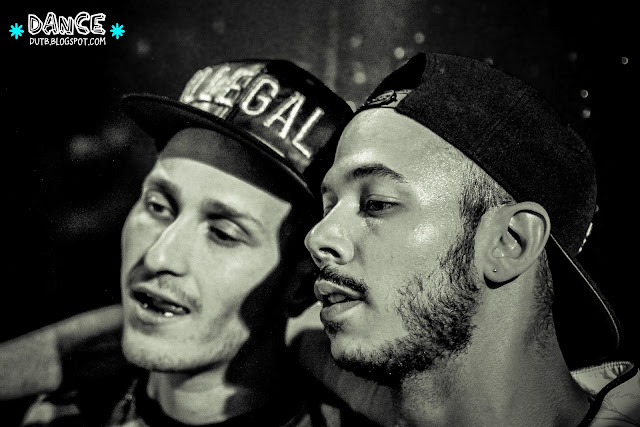 Flosstradamus show was a lot of fun.

I've been using Flossy FX (for like 6 years since Bonics put me up on it - one time he's djing and I'm like: how are you making those airhorns!? and later on it was dropsicle but flossy is always boss.

Surprisingly there were very few drops during the flosstradamus show, other than the (admittedly good) intro (DAMN DAMN DAMN DA DA DA DA DAMN SON WHERE'D YOU FIND THIS?)

The biggest problem with the show was - there wasn't much of a SHOW.

First the local producer/cabal M|O|D did their thing, getting the crowd going - with some hair-raising bass and dirty south acapellas.  For me the verses could have been a little newer (Throw some D's will never fail to amuse - but I love hearing that new shit).  While the sound was great - and there were a ton of tracks which I hadn't heard - the biggest problem here was simply the logistics of their set.  Basically it was 5 people djing on one ableton setup (read: computer).  The cool thing about it was it really felt like I was hanging out with these dudes - like they were showing eachother what they'd made that night: "Check out this drop dude! listen to these high hats!"

Next up was a new favorite - DJ Sliink.  I know basically nothing about dude - but he played B-More club along with running the trap a sufficient amount.  The thing about trap music is it's really slow - people need to wile out occasionally and Sliink really facilitated this.  Great dj, great selections - at one point he played a BMore remix of Dirty Diana that was particularly bass heavy and I saw the audience react favorably (Hey its a song at 130 bpm - lets dance!) The problem with Sliink is - his stage presence is very reserved - basically just stood behind the turntables and played music - and on the mic...well it was just awkward.  Still - my favorite set of the night - will definitely be checking dude out in the future.

On to the reason you're all here - Flosstradamus.  Well I liked a lot of the things they did - they played the original version of Original Don (with a Harlem Shake//trap-sandstorm mashup intro I hadn't heard), they were super energetic on stage - bouncing up and down to every drop - even flipping their DJ table over at one point - (video below), and they played some new tracks which I hadn't heard which sound realllly good (watch out!)

It's the same deal as the M|O|D openers - there's no real show here.  It's two dudes jumping (instead of standing) behind an ableton rig.  There are a few laptop musicians who I respect (well basically just Gregg Gillis), but I can't deal with a laptop DJ - not unless he can add some performance elements such as dancers, letting people on stage, a crazy light show, video djing, etc.  I mean with the dearth of stuff on stage - Flosstradamus could have taken the megabus from Chicago.  It was literally just them.  They had swag - glowing hoodies and gold grills (check the photos) - but no groupies - no friends on the road - nobody doing merch - nobody shooting toilet paper into the crowd - or rapping.  As for the dj table flip? I got some video - but it was super awkward standing in silence for 5 minutes while dude restarted his computer.  Instruments.

I liked star slinger better when I saw him at the same venue 2 short months previously - he did a lot more djing (filters, effects, long blends) and the set felt a little more organic.  He even dropped the original Beez in the Trap and the whole place went nuts.

Looking forward to seeing where the whole trap thing goes - definitely will check out DJ Sliink in the future - and if you get a chance to see star slinger live - do it!