A crushing blow was dealt to any wannabe game of thrones premier parties by Famous NYC and Audiofemme last Saturday.  Peep the writeup from NYC debauchery documenteur and general awesome dude Igor of Driven by Boredom. Also check out Borbay's site, featuring his four hour live-painting process and our show in the background!

It was a real privilege to rock with Archie Green, a lyricist who set the mood of the party right - we're here to have a good time.  Next Kuf Knotz rocked the crowd with a combination of Drum and Bass sounds and really blew me away with the live production coming from Golden Spiral.  Animal House rounded out the hip hop portion of the night and transitioned into electronica, with a sound like Odd Future with an effect box on every voice.  They brought a nice crew and it seems like all their friends are models which is cool. 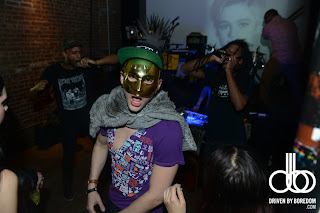 Right after Animal House I got on stage and played a tribute to Scott Hardkiss, the legendary rave-junkie, DJ, producer, and showman.  While Redfoot was preparing to blow minds and convince me to destroy our stage-props, Colin M of FunkRunt got up and played some deep vinyl grooves.  Redfoot took the party in an entirely new direction, with a super high energy mix of rock and alternative stylings. At this point LongArms played his game of thrones remix, and I think I saw one of the dragon eggs start to hatch. He played a super heavy set of all original material, blended neatly and definitely keeping the crowd moving.

At this point I was in high spirits with friends all around, Tessa having flown from Miami for the show,  along with her crew of friends.  Feeling famous it was the perfect time for Diamond Bones to take the stage.  These three Canadians have a really tight sound, which is not easy to pull off with all kinds of reverb on the vocal chains.  Their setup involved two keyboards and a drummer, but I thought the sound was well balanced, and the harmonies were all on point.  Looking forward to reconnecting and following the career of these starlets.  For some reason, when the cat-meme game of thrones video was behind them it just seemed totally perfect, and LongArms came over and pointed it out, and of course there's a pic by Igor: 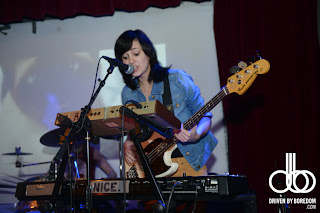 As a final awesome conclusion to the night, Empty Chairs went on, around 1am.  The chairs were indeed empty, and I was totally impressed with this crew.  Particularly the front-man Peter, who was animated and yet chill, and had a rich baritone that stood out over laid back basslines and an interesting electronic 909 sounding drum kit.

A huge thank you to MH the Verb for setting the tone for the night, Andrea for her superhero efforts in retrieving the throne and game of thrones beer, Colin and Kristen for being great sports in times of uncertainty, the bar tender who was universally declared a wonderful person, Danny the sound person who is awesome, and Annie (Audiofemme) for bringing the final pieces together.  I embrace you all.

Check out All of the photos from Famous Hill II on Driven By Boredom: 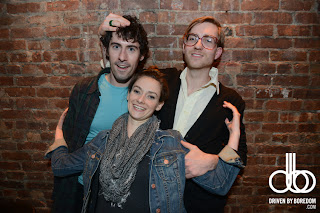 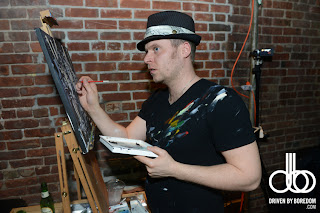 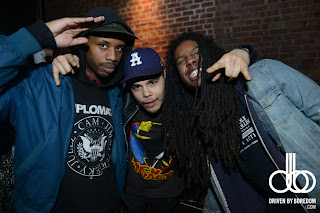 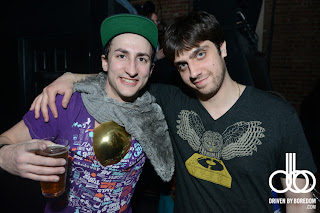 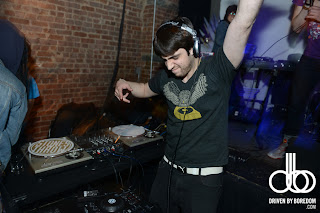 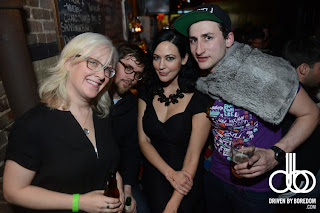 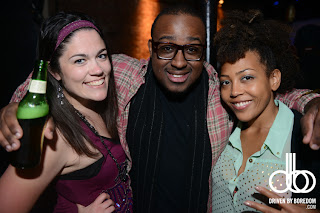 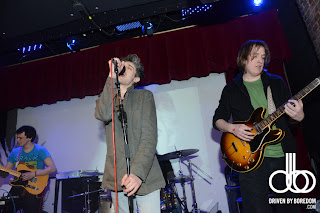